Round Co-Led by WRV and ACK Group; BOD to include John W. Thompson, chairman of Microsoft, and Nicholas Brathwaite, Managing Partner of WRV

Reviver, creator of the rPlate™, the world’s first digital license plate, has secured $6.8 million during a Series A round. The funding round was co-led by WRV and Australian-based ACK Group.

Reviver, which was founded in 2009, recently announced that it has brought the vehicle license plate, a piece of hardware that has not evolved for 125 years, into the 21st century by transforming it into an innovative, multi-functional digital display. The rPlate is set to launch in some of the nation’s largest car markets, having gained approvals from the DMV and state legislators in California and Florida, with legislation currently in progress in Texas.

“This investment will help fund the expansion of our engineering team which will allow us to accelerate the development of the next generation rPlate,” said Neville Boston, CEO and Founder of Reviver. “As a result of our successful collaboration with the California DMV, Governor’s Office, State Legislature, CHP and the California Department of Transportation, the rPlate is ready to roll to assist large fleet operators in tracking and managing their vehicles, including automating DMV registrations and providing a platform for the wireless payment of road tolls, parking and even gasoline.” 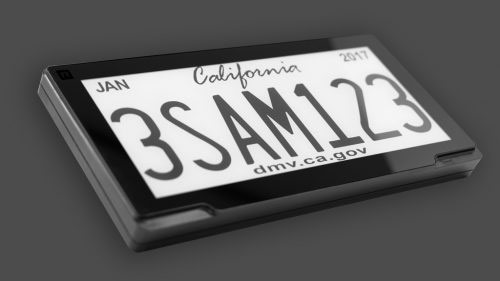 Boston additionally noted that Reviver will also use the funding to further expand distribution of rPlate into other U.S. states and to explore international opportunities.

Reviver also announced today that its Board of Directors will include:

John W. Thompson, who also participated in early seed funding commented, “Watching the Reviver team develop and deploy the first rPlates is extremely exciting – I’m thrilled to play a small role in bringing this positive – and much needed – change to the automotive industry.”

About Reviver
San Francisco-based ReviverMx, Inc. was founded in 2009 with a mission to establish a universal connected car innovation platform – a mission made possible by reviving legacy automotive solutions and making them fully interactive, robust and connected to a universal store of digital applications. The company’s innovative, multi-functional digital license plate, the rPlate™, will be on the road in California, Florida and Texas in 2017. Its cloud-based app development platform, the rStore, will be open to 3rd party developers in the second half of 2017. For more information visit www.revivermx.com.