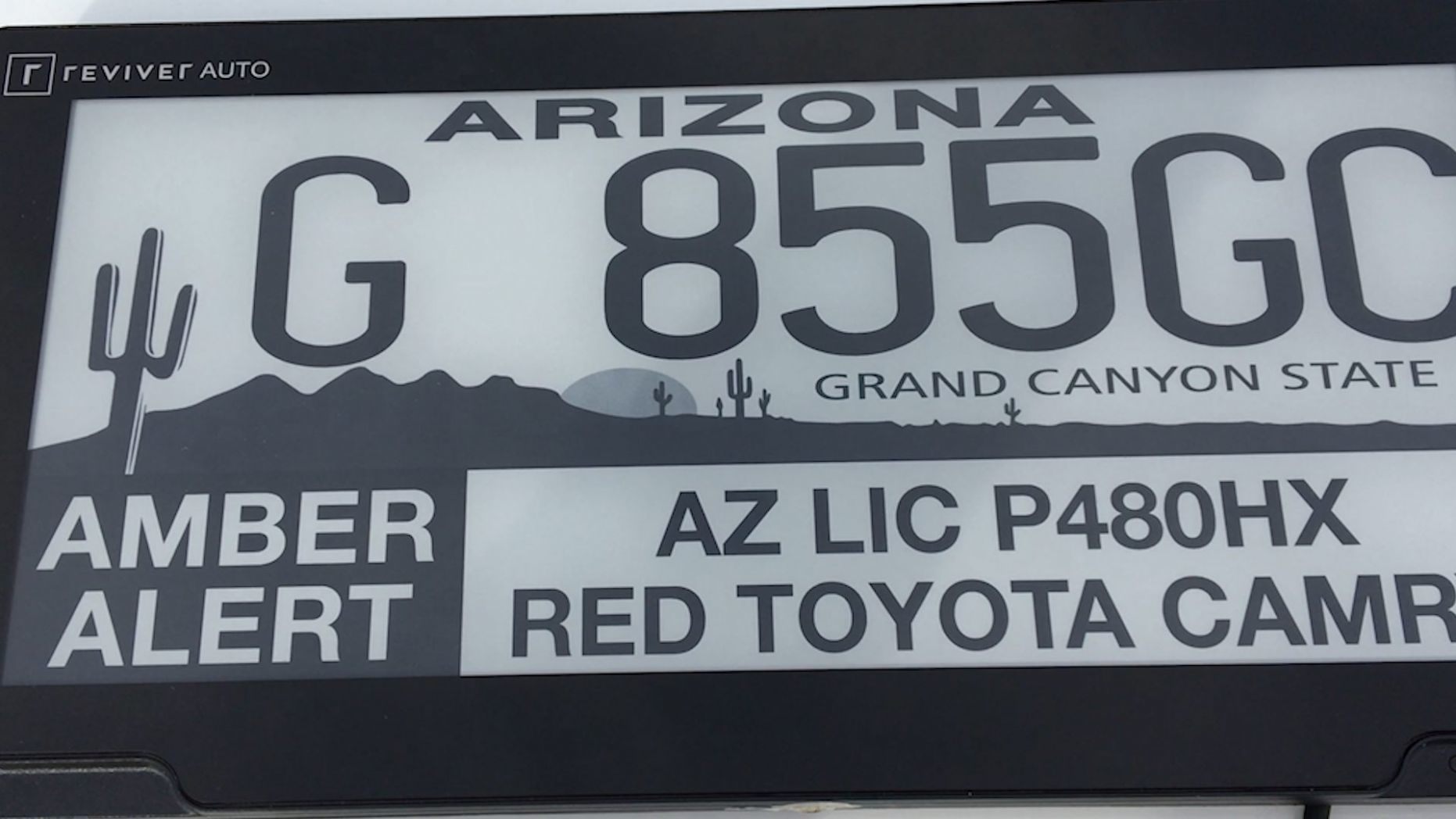 PHOENIX – Arizona is the latest state trying to phase out old-fashioned metal license plates in favor of digital ones.

After more than a year of testing, the state has authorized digital license plates to officially be an option for drivers. Drivers can purchase them through startup Reviver Auto, starting at $499, with an upgraded version for $799.

ADOT and Reviver Auto are hoping the new technology will help cut wait times at Arizona’s Motor Vehicle Division locations since motorists would no longer have to wait in line to renew their registration.

“The license plate hadn't been updated in over 125 years so it was ripe for disruption,” said Reviver Auto CEO Neville Boston.

The digital plates essentially function the same as the metal plates. They’re roughly the same size and are installed in the same spot in the back of vehicles, using wireless LTE technology. The technology will automatically register the vehicle with digital decals and can personalize the plate with different digital designs, including promoting charitable causes or the driver's favorite sports team.

The plates also could display public emergency notifications, like Amber Alerts or Silver Alerts. It can also display “Stolen” on the bottom of the plate if the owner's car has been stolen.

“We very much do not want to be caught up in doing things the way we've always done them just because that's the way we do them,” Nick said. “The Motor Vehicle Division in Arizona has made a lot of customer service improvements regarding how much faster you can get through our offices…so this is kind of a natural extension.”

Arizona State University computer science professor Aviral Shrivastava studies this “embedded system” technology. While he says the technology is "amazing,” he has serious concerns with data security and privacy.

“What if that is hacked? If somebody else inquires about your information?” Shrivastava said. “Security’s a very hard problem to solve. Facebook is unable to solve it. They lose their data. FBI loses their data. So, how can a small start-up—how can you trust a small start-up to be able to keep your data safe? And it’s not that they don’t want to keep your data safe, it’s just very hard to do.”

Along with privacy, Shrivastava also has concerns with law enforcement’s ability to access driver’s information, how high the cost of the plates are, and that the state would benefit from accessing the number of drivers who are uninsured on the roads.

“There is a government case for these also,” Shrivastava said. “Even in Arizona, as per  2011 data, 22 percent of cars are uninsured. That means the state is losing $38 million per year. Had those people registered, they would have paid the state $38 million. So, there is an incentive for the government to actually do this because if you have these license plates, then it’s very hard for anyone to be uninsured.”

“We take privacy very seriously…we are really…judicious about your information and your data,” Boston said.

Shrivastava said he doesn’t have a problem with the digital plates staying an option—they could benefit fleet owners and businesses, he said —but does not think they should be mandatory.

“As one person put it, who wants to buy a $700 plate that will let the police officer know the moment you don’t have registration on the car or you’ve lost insurance on the car,” Shrivastava said.

Arizona drivers have mixed feelings about having digital license plates out on the roads.

Gina Nielsen, a Mesa, Arizona resident, has been driving for more than two decades and said the digital license plates are “weird” and “scary.”

“I don't think it's necessary,” Nielsen said. “I think it’s unsafe. I think it’s more ways for people to be able to hack your information. I don’t see how it’s actually necessary when the actual old plate works just fine.”

Thomas Pham commutes to Tempe, Arizona for work every day and said if the price drops, he’d invest in one and that he thinks he’ll be seeing them around more often.

“It’s new, it’s like a little bit of a fashion statement there, it saves up on that metal, and that big-time consumption’s probably the biggest part,” Pham said. “I think they’re pretty neat…in the concept of you getting tracked…concern of privacy, that’s already happening with your cell phone and other things. If you’re just adding something on to it, and not too concerned, it doesn’t matter.”

Reviver Auto is taking pre-orders of the digital license plates. Nick said although this is just an option for drivers now, he thinks it’s not far-fetched to see these as more often as prices drop.

The digital license plates are also available in California and Michigan, with plans in the works to roll out the technology in Texas, Florida, Washington, and internationally in Canada and Dubai.